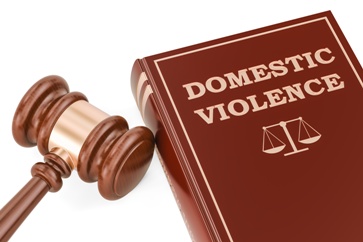 Oklahoma domestic assault and battery charges can have serious consequences that affect your finances, freedom, and future opportunities. What you do in the days and weeks after you are charged can play a vital role in whether you are convicted, so it’s important to understand what common mistakes you must avoid.

You may be filled with remorse over your actions and firmly believe you can work it out if you simply apologize for a situation that got out of control, but contacting the alleged victim in a domestic assault and battery case is never a smart move. There will likely be a victim protective order (VPO) issued that prevents you from making any form of contact while your case is pending.

In-person visits, as well as phone calls, emails, or texts, can subject you to additional charges for violation of the protective order. A first offense is considered a misdemeanor with a penalty of up to one year in jail and a fine of up to $1,000. Keep your distance to avoid making your current situation even worse.

Mistake #2: Believing False Charges Will Go Away on Their Own

If you’ve never been in trouble with the law before, you may be convinced the truth will come out—especially when the accusations against you are entirely untrue. Unfortunately, this is often not the case. False allegations of domestic violence initiated for revenge, leverage in a pending divorce, or as a way to eventually deny child custody happen every day.

Since the state has a duty to protect victims, all charges of domestic violence are aggressively pursued—even when there is no physical evidence to support the allegation. There is a very real chance you could be convicted of a crime you did not commit.

It’s a common misconception that the alleged victim in a domestic assault and battery case has the authority to decide how the case proceeds. The state can continue to move forward regardless of whether the alleged victim wants to see you charged with a crime.

The alleged victim can’t be forced to testify in court, but the state can proceed with what’s known as a victimless prosecution by using other forms of evidence against you. This can include testimony from witnesses, photos, videos, 911 calls, jail records, medical records, or your own past behavior.

Mistake #4: Talking to Others About the Case

You’re frustrated, worried, and afraid. Wanting to share your concerns with a friend is understandable, but you shouldn’t speak about pending charges with anyone other than your attorney. Conversations with private parties are not privileged information, and anything you say could end up being used as evidence against you.

Keeping quiet also includes avoiding social media. Anything you post on Facebook, Twitter, Instagram, or Snapchat can be used as evidence—and it’s easy for your words to be misinterpreted by the court if you’re upset and not thinking clearly.

Mistake #5: Not Understanding How the Law Works

You’re facing serious charges, so it’s important that you understand how the legal process works. Request a copy of our free guide, Domestic Violence Charges in Oklahoma: What You Need to Know. Here, you’ll learn about the penalties for offenses as well as how charges are prosecuted.

Knowing what to expect as your case progresses will help you avoid unpleasant surprises. It will also ensure that you are able to be a proactive participant in your own defense.

Mistake #6: Choosing an Attorney With No Experience in This Type of Case

Having a skilled attorney on your side is the most important thing you can do to protect yourself after you’ve been charged with domestic assault and battery. However, you don’t want to simply look for a local criminal defense attorney with good online reviews. You need an attorney with specific experience handling domestic violence charges.

Lee Berlin is the only private attorney in Oklahoma to focus his law practice on defending individuals accused of domestic abuse and other special victim crimes. With this singular focus, Lee has the experience necessary to evaluate the evidence against you and determine the best way to proceed. Contact The Berlin Law Firm today to schedule a consultation.