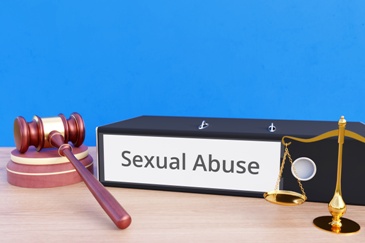 If you’ve been charged with both types of special victim crimes, it is imperative that you take prompt action to protect your legal rights and begin building a solid defense. Your family, your job, your future, and your freedom are all at stake.

Spousal rape and date rape are not considered types of criminal charges. These offenses would be prosecuted as first-degree rape.

Sexual battery refers to the intentional touching or feeling of a body party—including the genitals—in a lewd and lascivious manner without consent. In Oklahoma, this is a felony that carries a penalty of up to 10 years in prison.

A conviction for a sex crime results in mandatory inclusion on Oklahoma Sex Offender Registry. Someone who is s registered sex offender faces a huge social stigma, in addition to substantial infringements upon their personal freedom. For example:

If a sex offender can’t meet the registry requirements and fails to register, this is a felony punishable by a maximum of five years in prison.

The State Can Gain a Conviction With Little or No Evidence

Although you’ve likely had consensual sexual relations with the alleged victim in the past, any sex crimes attached to a domestic violence charge should be taken seriously. What you may have interpreted as an emotionally charged attempt to “make things right” after an argument got out of control may be viewed by the state as rape or sexual battery.

Evidence of consensual sex can be easily interpreted as evidence of rape, especially since this charge doesn’t necessarily need to involve visible physical injury to the victim. A sexual battery charge needs no physical evidence attached to it.

Cases involving sexual crimes can easily deteriorate into a “he said, she said” scenario where you’re competing to see who comes across as the most credible witness. When the charge is tacked on to a domestic violence offense, you’re in an incredibly vulnerable position.

How The Berlin Law Firm Can Help

If you’ve been accused of both domestic violence and sexual abuse, you need an experienced attorney who can work with you to build the strongest possible defense. These charges will not go away on their own, regardless of whether the alleged victim wants to take legal action. Retaining an attorney with the skills and legal knowledge to craft a custom-tailored defense and give you a fighting chance against the accusations you’re facing is an investment in your future.

Attorney Lee Berlin is the only private attorney in Oklahoma to focus on defending individuals accused of special victim crimes, which includes domestic violence and sexual crimes. Mr. Berlin has a 10.0 “Superb” Avvo Rating, numerous positive client testimonials, and a ranking on the National Trial Lawyers Top 100 list for unmatched client satisfaction and results. Contact The Berlin Law Firm today to schedule a consultation to discuss how to best move forward with your case.