If You’ve Been Accused of Domestic Abuse of a Pregnant Woman, Act Quickly to Protect Your Rights 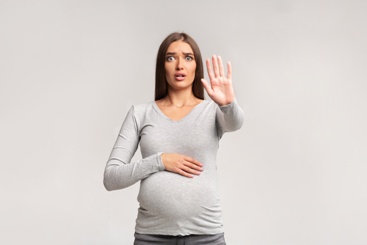 Whether you made a mistake or have been falsely accused, domestic abuse of a pregnant woman carries severe penalties. Even those it’s not always considered a felony, the stigma associated with this charge can turn your life upside down. A proactive approach is vital to protecting your rights.

What the Law Says

Oklahoma charges for domestic assault and battery typically fall under 21 OK Stat §21-644. Domestic assault means that someone has threatened or attempted to use physical force against a person with whom they have a domestic relationship. Domestic battery means they actually committed the act of violence.

Domestic abuse of a pregnant woman is considered a more serious form of domestic assault and battery. To be convicted of domestic abuse of a pregnant woman, you must have knowledge that the person you abused was pregnant. If the victim was not visibly pregnant, this means she or someone else informed you of the pregnancy. The woman does not have to be carrying your child, but you need to have some sort of domestic relationship.

Penalties for Domestic Abuse of a Pregnant Woman

Violence that is severe enough to cause harm to the woman’s unborn child carries the harshest penalties. If the alleged victim miscarries as a result of the abuse or her unborn child suffers an injury, the crime becomes a felony with a sentence of up to 20 years behind bars.

A judge may decide to issue a deferred or suspended sentence in any domestic violence case. While this can keep you out of jail, it does come with strict conditions.

When the judge issues a deferred sentence, the court is agreeing to delay the proceedings for up to 10 years without entering a judgment of guilt. The case can later be dismissed if you comply with all of the requests the court has made, such as attending 52 weeks of domestic violence intervention services (DVIS).

If you receive a suspended sentence, you will be allowed to serve all or part of the sentence on supervised or unsupervised probation. Your probation can last as long as the maximum sentence associated with the charge. As with a deferred sentence, you are required to attend 52 weeks of DVIS.

As with any other criminal charge, you should refrain from talking to the police unless your attorney is present. You have the legal right to remain silent, and your statements can easily be misinterpreted to do irreparable harm to your case.

If you’ve been released and are awaiting trial, do not attempt to contact the alleged victim. Any communication, even if it’s done through a third-party such as a concerned friend or family member, can be seen as a violation of the protective order.

Friends and family may be asking what happened, but you should avoid discussing your case with anyone other than your attorney. Venting your frustration on social media, even if you think your account settings are secure, can be particularly damaging to your case.

With Your Future at Stake, You Need Effective Legal Representation

A domestic violence charge carries a significant stigma—especially when the alleged victim is a pregnant woman. In addition to jail time and substantial fines, you’re facing the loss of your gun rights, denial of certain types of employment opportunities, and extensive damage to your personal and professional reputation.

Don’t assume that you can “explain” the situation to the officer and make the charge go away. Even if the alleged victim isn’t interested in filing charges, the court can continue the case using other forms of evidence for what is known as a victimless prosecution. If you’ve been accused of domestic abuse of a pregnant woman, you need experienced legal representation.

Take control of your future by requesting our free guide, Domestic Violence Charges in Oklahoma: What You Need to Know, so you know what to expect after your arrest and how an attorney can help you build the most effective defense. Then, contact The Berlin Law Firm to schedule a consultation.